Our group studies activity-dependent circuit plasticity in the developing and adult hippocampus, a region of brain that plays a role in learning, memory, and epilepsy. We employ a multidisciplinary approach using acute and chronic electrophysiological, anatomical, behavioral, molecular, and genomic methods to study how neural activity and seizures modify hippocampal neurons and circuits. We are particularly interested in how activity-induced circuit alterations contribute to epilepsy and memory disorders. Previous studies from the laboratory have demonstrated that seizures (an intense form of neural activity) induce long-lasting enhancement of synaptic transmission, and that repeated seizures induce progressive neuronal death and axon sprouting. These functional and structural alterations are accompanied by permanently increased susceptibility to additional seizures and memory dysfunction. In developing rats, we have demonstrated that seizures also modify formation of hippocampal circuits and induce long-term alterations in the capacity for hippocampal synaptic plasticity and learning. The effects of seizures during early life vary dramatically as a function of stage of development. We are currently examining how alterations in the extracellular ionic environment interacting with seizure-induced circuit reorganization in the dentate gyrus contribute to emergent properties such as recurrent excitation and network synchronization.

We use the kindling model of seizure-induced plasticity and a variety of other chronic models to investigate how repeated seizures and lesions modify neural pathways. In the kindling model, repeated brief stimulus trains applied 1-2 times daily induce gradually evolving behavioral and electrographic seizures and permanently increased susceptibility to additional seizures. After sufficient repetition of the evoked seizures (usually about 90-100 seizures), spontaneous seizures are observed. At this stage of the kindling process, epilepsy (defined as chronic susceptibility to spontaneous seizures) has been induced. We have exploited the opportunity afforded by kindling to study the progression of cellular and circuit modifications that are a consequence of the repeated seizures and lead to spontaneous seizures and epilepsy, and are currently using genomic approaches to understand how gene networks contribute these progressive activity-dependent alterations. 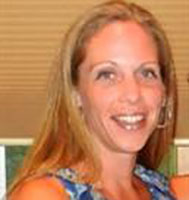 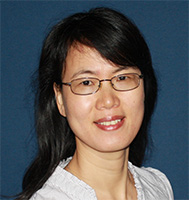 To make a gift to a specific lab or researcher, please click the Make a Gift link

Feedback
Feedback
Do you have any feedback?
Submit
Thank you for submitting your feedback!